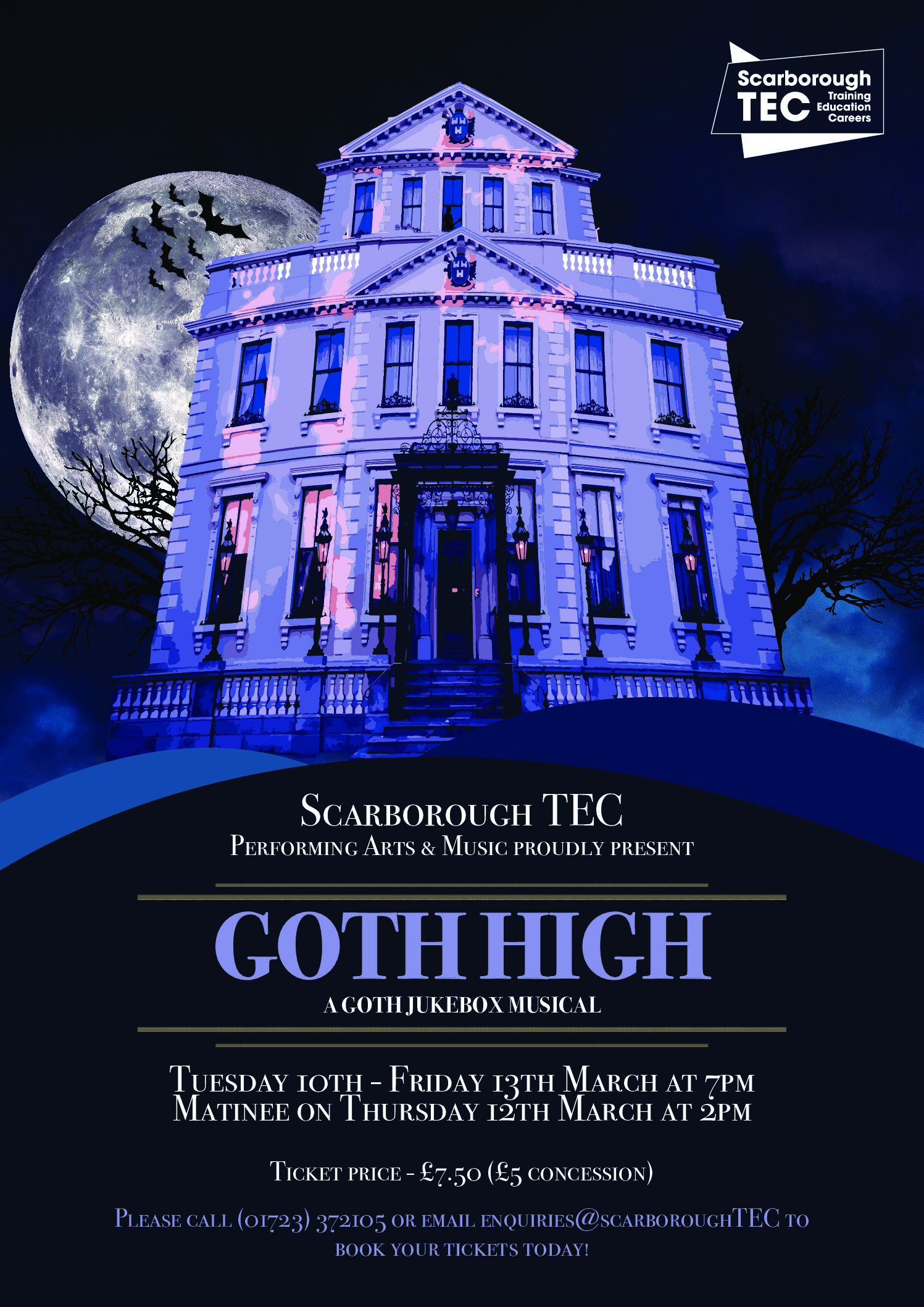 Are your ready for a frightfully entertaining evening or afternoon? Performing Arts and Music students at Scarborough TEC are staging the first performances of Matt Stradling’s brand-new jukebox musical ‘Goth High’ from 10-13th March at 7pm, with a matinee performance on Thursday 12th March at 2pm.

Matt Stradling, Performing Arts Tutor and resident playwright, has produced a new script for the show, and describes it as: “A mash-up of Hammer Horror, St Trinian’s and High School Musical. The musical follows the adventures of Steve, a Normal, a new student at Goth High – a school for Hammer Horror monsters and the adventures he has with the staff and other students, all set to a popular soundtrack of some of the greatest rock hits.”

Art and Media Make-Up students are supporting behind the scenes with make-up and props.

The cast includes Steve, played by Christopher Dean, and a host of familiar characters including; Bella Lugosi, the School’s Head Teacher – played by Tom Lockwood, Eloise the Zombie – played by Emily Swift and the Mummy – played by Arik Castleton, who promises to give an electrifying performance without saying a word.

Three live bands will be playing throughout the performances to showcase the talented young musicians currently studying Music at Scarborough TEC.