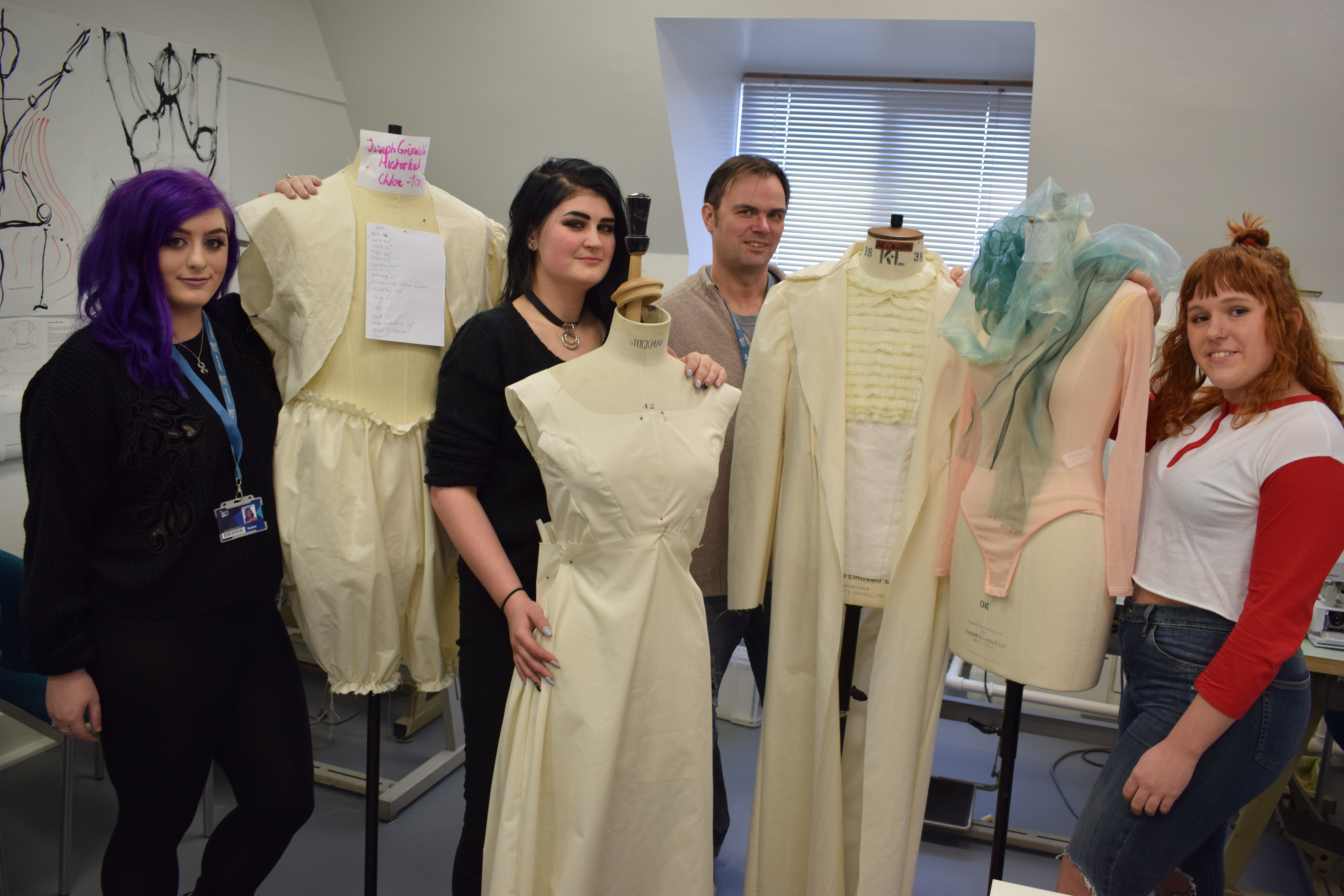 Students from BA Historical & Performance Costume for Stage & Screen are preparing for their end of year show, Fables & Fantasies, which is being held on Friday 17thMay at Scarborough TEC from 7pm.

This year’s theme is based around stories and their life impact. The five students, Martyn Barker, Daisy May Pennock, Daryl Young, Chloe Frampton and Alannah Low have created a series of costumes inspired by a variety folklore, tales and life journeys for a show, featuring live models, that will be followed by an exhibition of the costumes, running until Friday 24thMay followed by a pop-up exhibition at Scarborough Library.

Third year student, Martyn Barker – 42, is exhibiting the costume worn by the CS Lewis character, Aslan, from the Magician’s Nephew and an outfit inspired by the role of Marquis de Carabas from Neil Gaiman’s story, Neverwhere. Martyn explained:

“Neverwhere is one of my favourite books.  It started life as a TV programme and both myself and the author felt the costumes left a lot to be desired; I wanted to improve on that.  My Aslan costume is being worn by one of the Performing Arts students from Scarborough TEC and they will be touring their show.

“It’s important that the costume can stand up to the rigours of a touring show and I hope that it helps to inspire young people to consider a career in theatre.”

Other costumes on display will include a Cher-inspired drag costume, the Bride of Frankenstein, Odille from Swan Lake, The Little Mermaid, Joseph Grimaldi – a Victorian clown, and characters inspired by Lemony Snicket’s A Series of Unfortunate Events, Where the Wild Things Are and The Tiger Who Came to Tea.