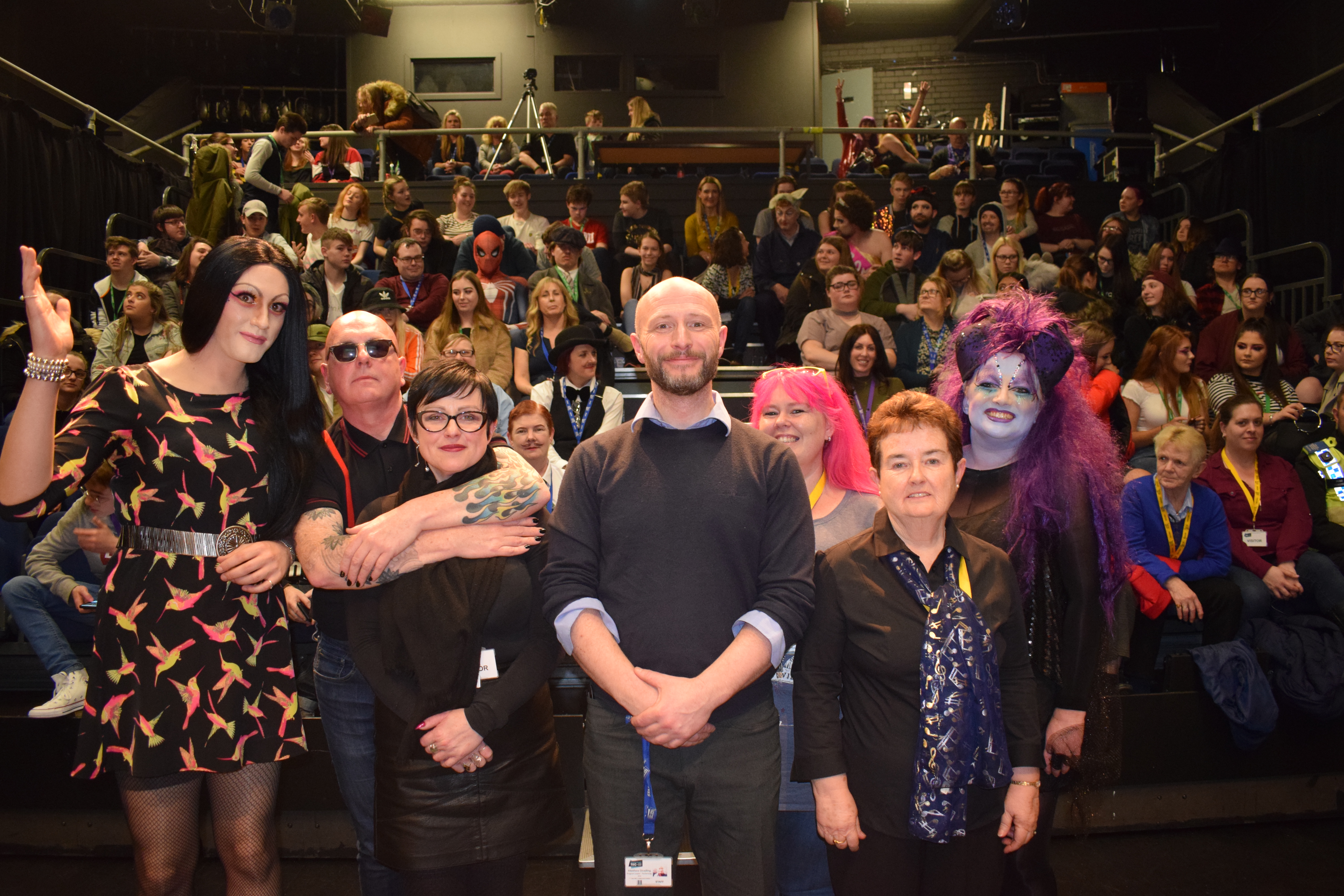 Staff and students at Scarborough TEC celebrated the close of LGBT History Month with a spectacular display of Drag and an insightful panel discussion with members of our LGBTQ+ (Lesbian, Gay, Bisexual, Transgender, Queer and those Questioning) community.

LGBT History Month is a celebration of LGBTQ+ history and the history of gay rights and related civil rights movements.

Matt Stradling, Programme Leader for Performing Arts, organised the event and invited members of the LGBTQ+ community to join staff and students for the day, including representatives from OLGA (Older Lesbian, Gay, Bisexual and Trans Association), Yorkshire MESMAC and local Drag Artistes, which inspired staff and students to join in and dress up in their own colourful Drag creations.

The afternoon saw a panel discussion with the guests in the Theatre, which was packed with students from across all areas of the College who were encouraged to ask questions around important LGBTQ+ issues.

Lily Allenby, Community Development Worker for Yorkshire MESMAC, was one of the invited panel guests and was impressed with the College for tackling such an important issue.

Lily said: “We’ve been answering questions that young people really want to know about. It’s important that we share information about what support networks are out there and if they know someone who identifies or is questioning they can signpost them where they can go for help.

“It’s also about acceptance and making sure that people realise that just because you’re Trans or Gay it doesn’t matter, you’re a human being; knowledge is power!