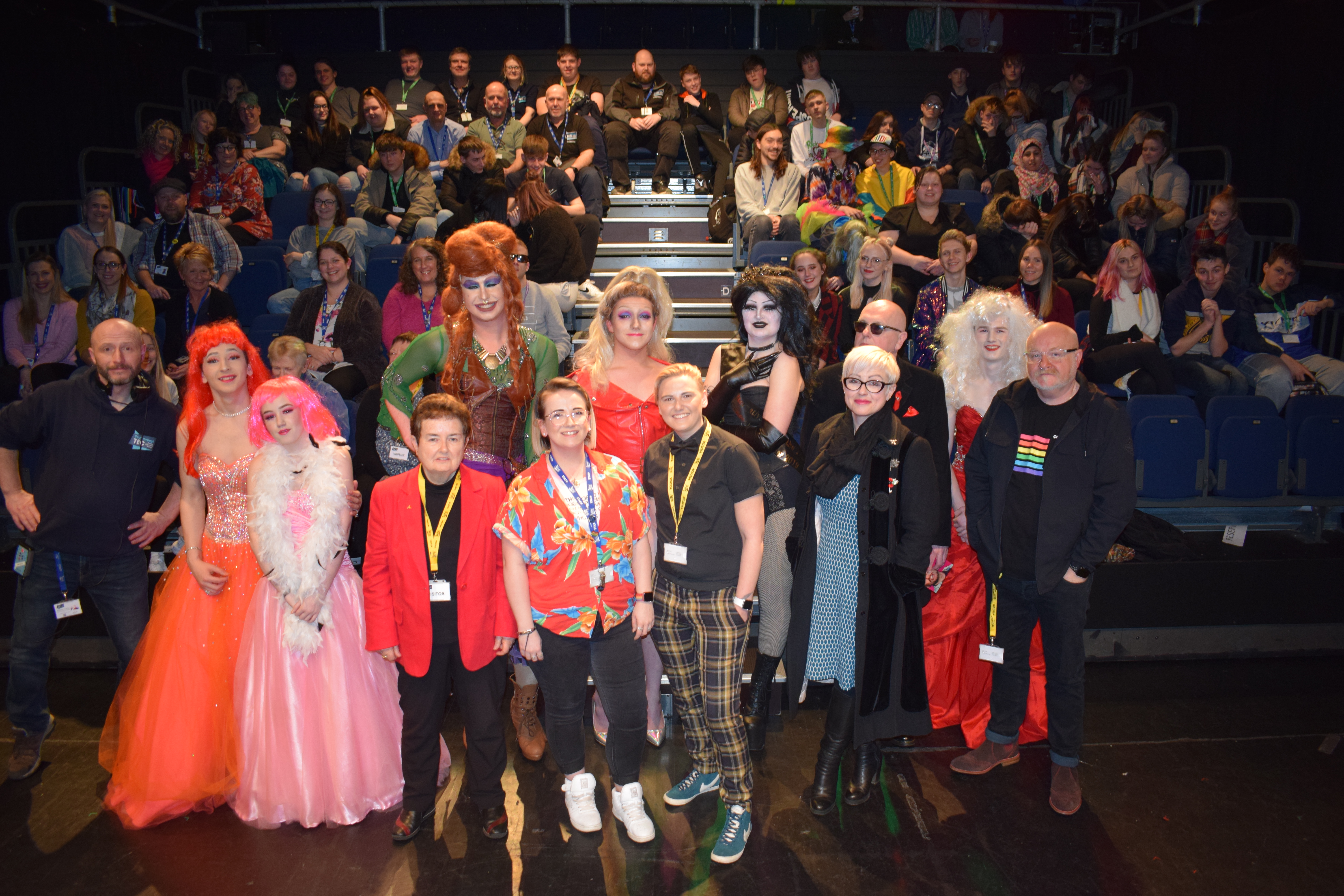 Following on from the success of last year’s event, staff and students at Scarborough TEC celebrated LGBT+ History Month with ‘Get Your Drag On’ – a spectacular display of Drag and an insightful panel discussion with members of our LGBTQ+ (Lesbian, Gay, Bisexual, Transgender, Queer and those Questioning) community.

LGBT+ History Month is a celebration of LGBTQ+ history and the history of gay rights and related civil rights movements.

Matt Stradling, Programme Leader for Performing Arts, and Katie Doubtfire, Skills and Employability Trainer, organised the event and invited members of the LGBTQ+ community to join staff and students for the day, including representatives from OLGA (Older Lesbian, Gay, Bisexual and Trans Association), Yorkshire MESMAC and local Drag Artistes, Mona Chrome and Madam Gloria Britannia, which inspired staff and students to join in and dress up in their own colourful Drag creations.

The afternoon saw Katie host a panel discussion with the guests in the Theatre, which was packed with students from across all areas of the College who were encouraged to ask questions around important LGBTQ+ issues.

Level 3 Media Make-Up student, Daryl Young, 22, who is herself a Drag Performer under the name of Mona Chrome, explained the importance of the day:

“Today is a celebration of all things LGBTQ+. We’ve held a panel discussion with all different organisations, Drag performers and representatives of the community.”

“Events like this helps spread awareness and tolerance.  Students may have come in today not understanding the community or the idea of Drag.  Walking away they will have a better understanding of the effects of words, the importance of our community and the history behind Drag and LGBT+ History Month.”

“It’s the first time I’ve actually performed onstage in front of people and it was really nerve-wracking. Everyone was so excited and inviting and it was a really great atmosphere to perform in.  I think it went really well and everyone has enjoyed today.

“Studying Media Make-Up and having previously studied the BA (Hons) Historical and Performance Costume for Stage and Screen has helped me realise how to transform into a different character as the concept of hair and make-up is so important in achieving a look.

“I’ve been able to produce costumes and make-up that helps bring a character to life as other people may not be able to produce an image you see in your head as well as you can.”