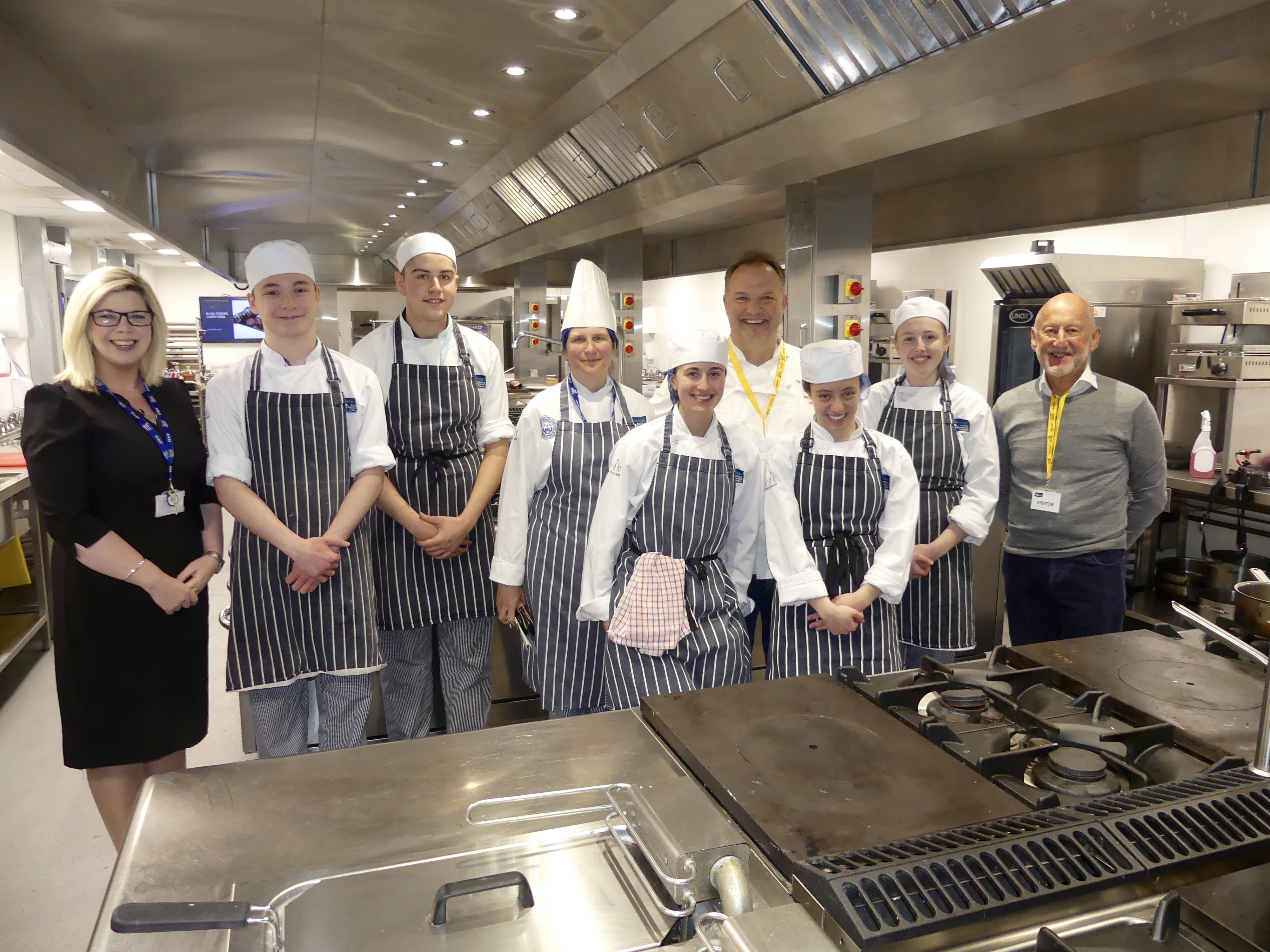 We were delighted to take part in the International Wine and Food Society’s first ever Black Pudding Competition!

Andrew, who runs a number of celebrated restaurants including The Star Inn at Harome and The Star Inn The City, said he was looking for how innovative our students could be with the ingredients.

“Black pudding is a north country staple but it was once seen as peasant food. I want to see how they combine that ingredient into their dishes, how they portray it and how they put it on a plate at the end.

“I always feature black pudding on my menus, which is why the title of my book Black Pudding and Foie Gras. Nobody has ever done a black pudding competition before though, so to me this is the best news in the world!”

Speaking of his time at Scarborough TEC, Andrew added: “I loved it. I was never brains of Britain, I spent too much time playing rugby to be any good at exams. I wanted to join the catering corps in the army but my mum got MS when I was eight, so I spent a lot of time looking after her.

“I ended up at Scarborough TEC and, after being bottom of the class at school, I was top of the class on my Hospitality course. I got sent to France because I did so well and decided not to join the army, because I knew I wanted to carry on doing this.

“There are some great students here who will hopefully rise to the top. I’m more than willing to take them on because that’s how I started; someone gave me a chance and now I’ve got 172 staff and have had a Michelin star for 18 years. You don’t have to be A Level educated to be a chef, you just need passion, drive and artistic flair to come out on top.”

“We were looking at ways to reenergise the profile of the society whilst working with local colleges, chefs and industry suppliers and I thought this would be a wacky idea, that would hopefully appeal to students.

“It’s never been thought of as a gourmet ingredient but I know a lot of top chefs use it, including Andrew, so we’re looking forward to seeing what students come up with.”

Six colleges across the north of England are taking part in regional heats, before a final on May 25th and awards lunch in June.