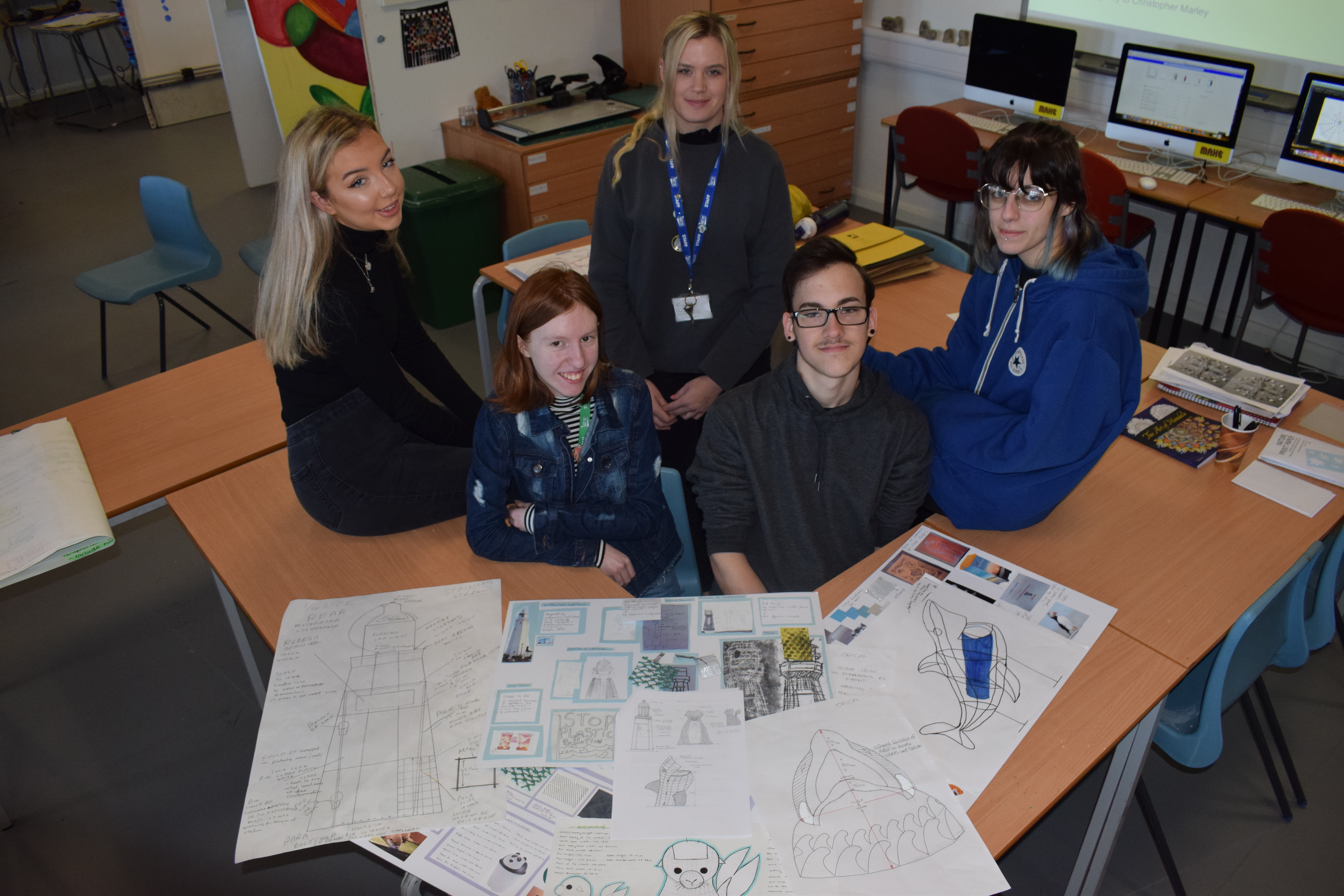 Level 3 Art & Design Students at Scarborough TEC are producing the designs for a series of recycling bins that will be displayed along the East Coast as part of a recycling project with East Riding Council.

The three recycling bins will be displayed in Bridlington, Hornsea and Withernsea and are aimed at reducing single-use plastics being left on the seafronts of the popular tourist destinations.

Level 3 Art & Design students; David McCormack, Becca Collins-Smith, Ellie Dale, Tara Snowden and Brian Worth have been collaboratively working on the project after being given a live brief by Programme Leader for Level 3 Art & Design at Scarborough TEC, Fern Smith.

Fern explained: “This project was originally brought to me by East Riding Council.  I previously made a sculpture for them and they approached me to see if I would be interested in being involved.

“I then created a live brief ‘To raise awareness of recycling plastics rather than leaving them on the beach’ for the students and tasked them with creating a recycling bin that would be aesthetically pleasing and match the surroundings.

“The students have then created a series of designs and the best three; a seal, a shark and a lighthouse have been chosen and are now going to be sculptured and fabricated to fit into their surroundings.”

Tara Snowden, 16, Level 3 Art & Design Student, said: “My mum gave me the idea to create a lighthouse and I worked with another student, Brian Worth, who had a similar idea to produce a design that will then be created from metal and galvanized steel and put to use in Withernsea.”

Brian added: “I wanted to create a lighthouse because no-one is manning them nowadays and they are all automated, they are almost seen as obsolete. You could turn them into recycling centres and put them back into use.  The shape and style was also something that I considered would be possible to scale down to the size of a bin.”