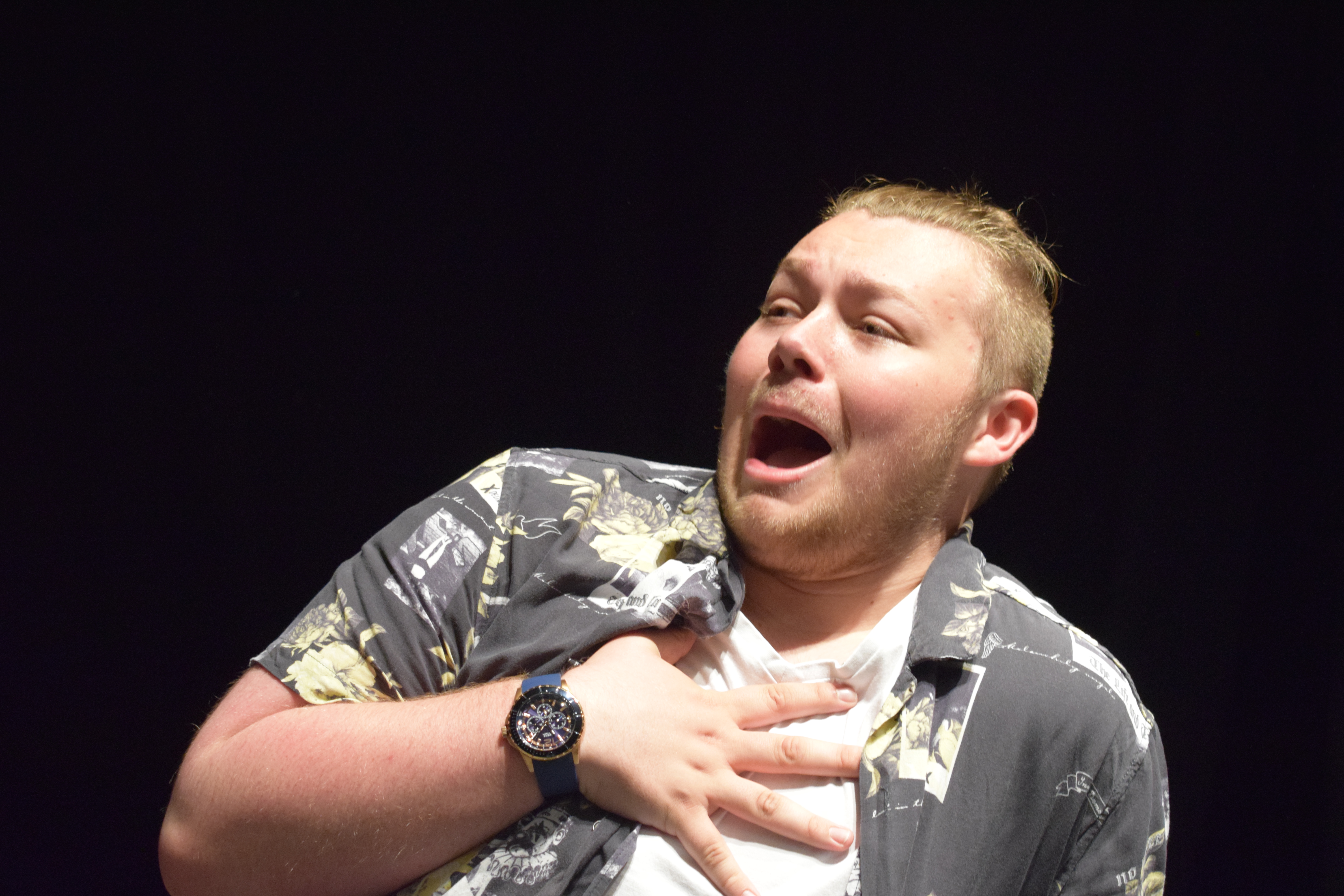 ‘We’re brand new!’ – Christopher Dean’s triumphant words echo across the theatre as School Uniforms, a one-person play written by Christopher himself, also taking on the leading character, Joe, draws to its compelling conclusion following a sold out run of performances at the Scarborough TEC Theatre.

School Uniforms tells the coming-of-age story of Joe, who on his final day at school decides to take the leap into adulthood, covering; sexual identity, sex, drugs and hilarious anecdotes in-between, oh, and of course…cows!

What could easily become a tale of teenage angst and impropriety is tackled with a clear sense of honesty and liberal dose of humour. The action pauses as Joe reminds us ’This actually happened’ and you can’t help but wonder how the lines between fact and fiction blur in Christopher’s clever and thought-provoking script.

Christopher is an engaging presence throughout; handling tender moments of warmth and razor-sharp one-liners deftly as he portrays a myriad of colourful characters, taking the audience through the story under the skilful direction of Nadia Emam, keeping the audience as close confidants of the secrets that Joe shares, as the play swiftly moves towards the final, heartfelt moments.

At only 18, Christopher is undoubtedly a talent, having recently gained a place Rose Bruford College, after completing a Level 3 Performing Arts – Stage & Screen course at Scarborough TEC.

‘There are a million paths that lie ahead, but which one leads to me?’- As Joe realises that sometimes taking a step back is the best way forward, you can’t help but ponder whether the wisest realisations come from the youngest among us.